If you haven’t heard of Authentic Mixed Martial Arts (AMMA) promotion, it’s time to sit up and take notice.

Headed by CEO, Amidou Mezidi, AMMA is a new fight promotion that is set to kickstart a series of star-studded cards this year. The French promoter has produced a number of world-class shows in the past including Thai Fight, Top King World Series as well as the Buakaw-headlining series, All Star Fight.

Now back with AMMA, Mezidi has six events planned for 2020 with the first two set to take place in Thailand. Partnering with Kunlun Fight (KLF) and the Royal Thai Army for the two shows respectively, AMMA is showing promise to become one of the big players in the international fight scene. 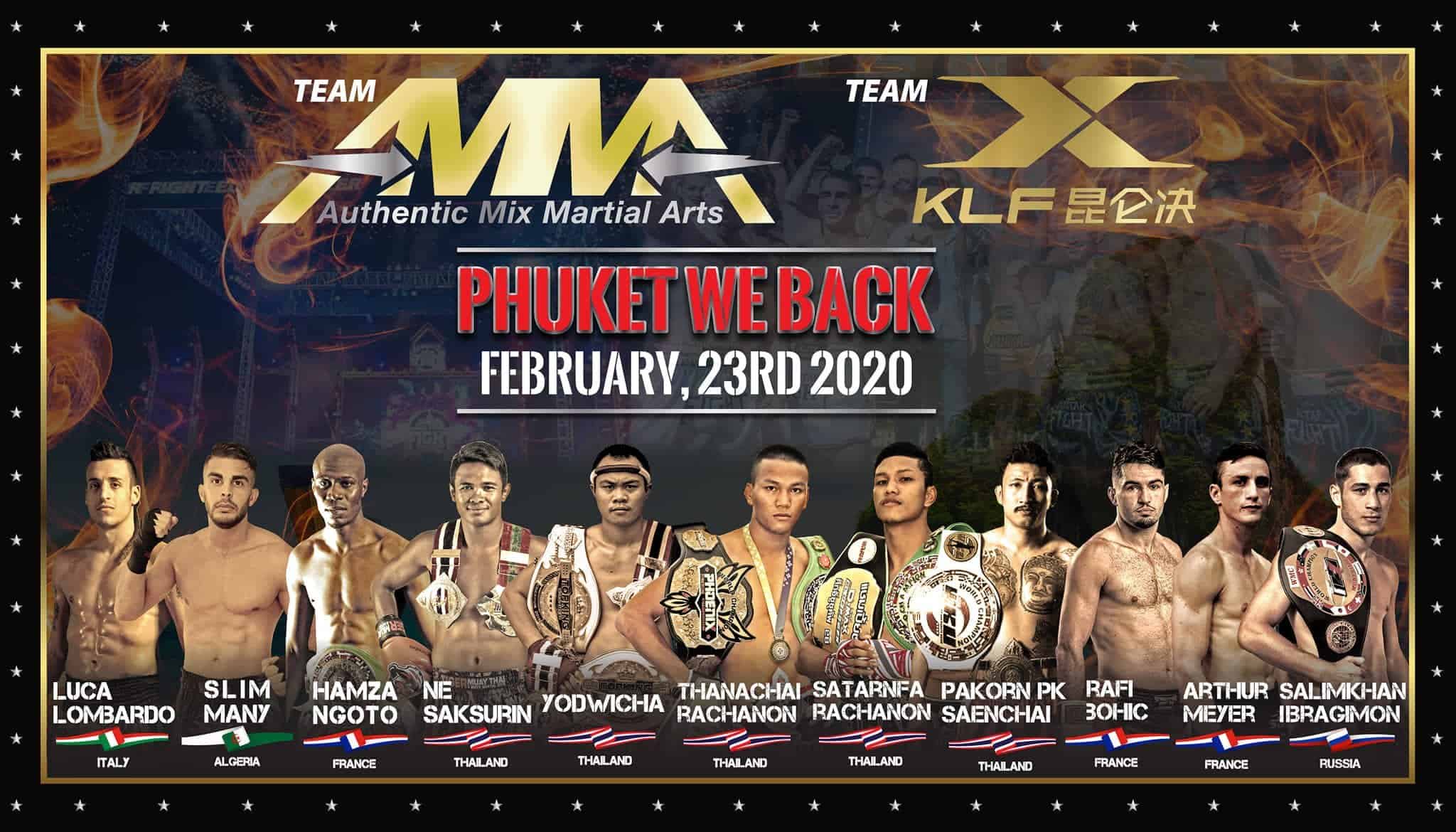 First announced in December last year, AMMA will kick off with its inaugural show that is taking place on 23 February in Phuket. The card features an interesting mix of MMA, Muay Thai and no-elbow Muay Thai bouts as well as a highly-anticipated showdown between Pakorn PKSaenchai vs Rafi Bohic.

In a press conference held on 8 January, Medizi along with WBC announced WBC World Soldier 2020. As with last year’s All Star Fight: World Soldier, this year’s event is organized in partnership with the Royal Thai Army to promote the country’s national sport of Muay Thai. WBC has stepped up in the collaboration and adding prestige to the show with five WBC Muay Thai titles on the line. The event features some of the sport’s biggest names, making this one of the most extraordinary fight cards for the year. Here’s a look at the bouts and belts on offer:

World Soldier 2020 will take place on 15 March at the prestigious Lumpinee Stadium. The event is held in conjunction with WBC Muay Thai convention taking place from 14-16 January at The Athenee Hotel in Bangkok. Mark the date on the calendar because this is worth making the trip to Bangkok for.