However, there are certain similarities, apart from rolling, that are nearly universal to all. Eating acai, owning an unusually huge collection of BJJ T-shirts, and, whenever possible, surfing, аre a few examples of the classic elements of the BJJ lifestyle.

Given that BJJ originates in Brazil, a known surfing hotspot, it is not surprising that the two sports occasionally overlap. However, the connection between the two is much deeper than just sharing a geographical location. As it happens, people that train Jiu Jitsu and those in love with riding the waves often share a very similar lifestyle.

Historically speaking, many Gracie family members, the founders of Brazilian Jiu Jitsu, were very keen on surfing. Rolls Gracie, for example, was not just a BJJ champion, but also a very good surfer. Relson Gracie is also known for his love for surfing, so much so that he decided to base his Jiu Jitsu academy in Hawaii so that he could do both. Others like Rickson and Royler Gracie are big surfing fans as well.

As it happens, the people that are involved in BJJ usually have a similar mindset to those that surf. It is all about having fun, conquering personal goals, being nice to each other, and participating in a very passionate community. It is not surprising the BJJ lifestyle often includes surfing and vice versa. Today, people like Joel Tudor, Paul Schernier, and Eli Olson all offer great examples of living the lifestyle.

And it all makes a lot of sense. Going to a BJJ class that ends in several rolls before deciding to jump in the ocean to cool off and do a completely different yet equally fun sport sounds like a perfect day to me!

Oh, and there’s no way to get past the heavy use of the Shaka hand gesture in both the surfing and BJJ. While the Shaka or “hang loose’ hand gesture is one that is originally associated with surfing, thousands of BJJ practitioners worldwide are throwing it as well. Just one more thing connecting these two sports. 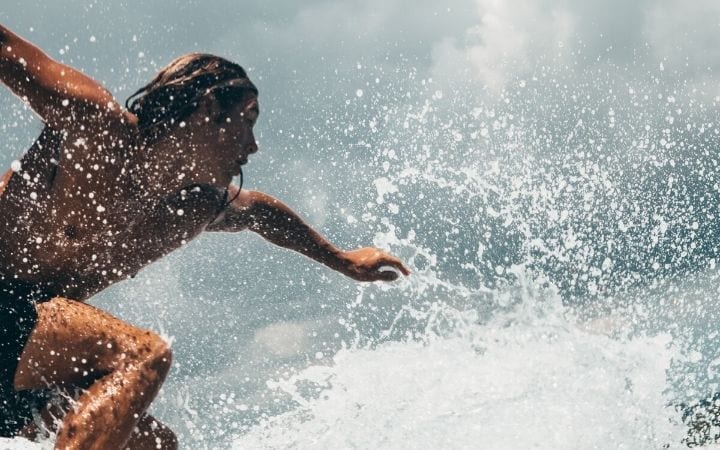 How does surfing complement BJJ and vice versa?

The BJJ lifestyle is all about living your life as influenced by the sport. When it comes to training, though, the connection between BJJ and surfing becomes much more interesting. In this sense, both have benefits to offer the other which makes incorporating them into a single lifestyle even easier. Some of the benefits you can get from doing both surfing and Brazilian Jiu Jitsu are as follows:

There’s no real need to point out how important balance is in surfing. It just so happens you need the same amounts of it in BJJ, particularly while passing guard or stabilizing top position. While you can get away with a lack of balance on the mats, there’s no faking it in surfing. Moreover, the control over your body that you gain from surfing is hard to teach, given that everybody must find their own sense of balance.

It takes a lot of control of your emotions and a calm mind to be able to grapple with people and come out on top. When it comes to conquering giant waves, it takes much of the same. The ability to think fast, solve problems under pressure, and embrace uncomfortable and unpredictable situations is something surfing and BJJ share. While they take place in completely different surroundings, the shared lessons from both will shape you into a better surfer and grappler. This really defines the union between surf and BJJ lifestyle. In surfing, the phrase is quite literal, while in Jiu Jitsu it is a great way of putting things into perspective. Very often, people struggle with the concept of going with the flow when they’re on the mats. Well, if you’re up against an ocean you simply have no choice. Learning how to go with the flow is one of the best things surfing can teach any BJJ practitioner.

Surfing and Jiu Jitsu require two very different kinds of conditioning. No matter how great you’re on the mats, you’ll gas out when it comes to swimming unless you’re used to it. The same is true in reverse. Building up great conditioning for both surfing and BJJ will provide you with the capabilities to last longer in both. 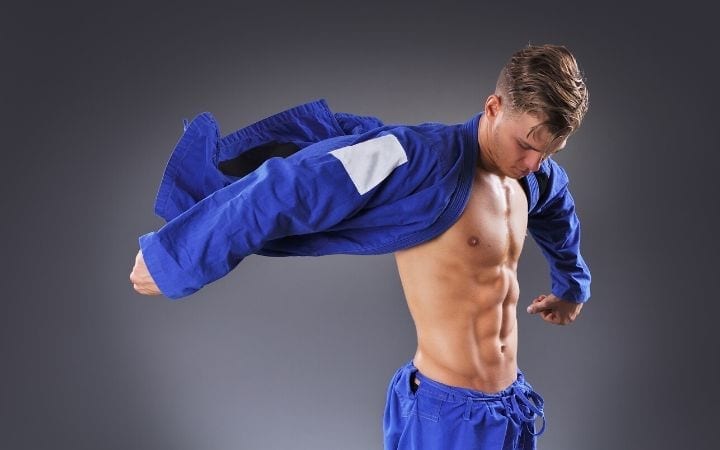 We often talk about core strength and how important it is in Jiu Jitsu; training core strength, on the other hand, is often a strenuous and boring thing to do. Well, surfing will take care of that, providing you with a core that will serve all your BJJ needs. The same works both ways, with the positions in BJJ training core qualities that are very useful for surfing.

Agility is also a quality that develops when you live the surf & BJJ lifestyle. Quick change of directions, shifting your weight, holding a strange position for extended periods… this description equally describes BJJ and surfing, doesn’t it? 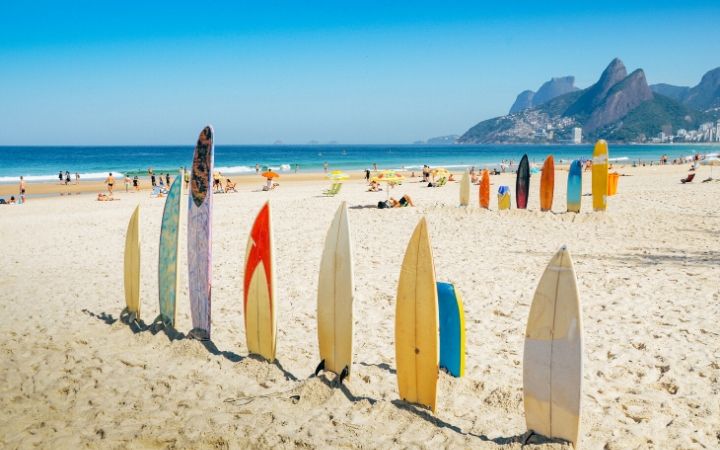 Top destinations to roll and surf

So, what would be the best places in the world to live the BJJ lifestyle? Those would be places that allow you to surf for most of the year, while also having access to some of the best BJJ academies in the world. And yes such places do exist!

Australia is an obvious choice. Having the ability to train with the likes of Craig Jones and Lachlan Giles, while also being a stone throw away from some of the best surfing spots on the planet sounds too good to be true.

Brazil, of course, is another obvious destination for anyone in love with both surfing and Jiu Jitsu. Some of the best beaches and waves for surfing are off the coast of Brazil. As for Jiu Jitsu, there’s no need to explain why Brazil is a great choice!

Honorable mentions for great surf and BJJ spots include Hawaii, Cape Town, the entire coast of California, Portugal, and Japan.

Another option to consider is going to a BJJ and surf camp. These are highly specific, extremely fun ways of enjoying both, and you can find lots of options out there, like BJJ Globetrotters and Grappler’s Escape.

If you truly want to experience the BJJ lifestyle, try surfing. The same goes for all the surfers out there that still haven’t put a Gi on. Surfing and Jiu Jitsu are a match made in heaven and complement each other so perfectly, that it may be impossible to choose a favorite. Do yourself a favor and give them both a try!